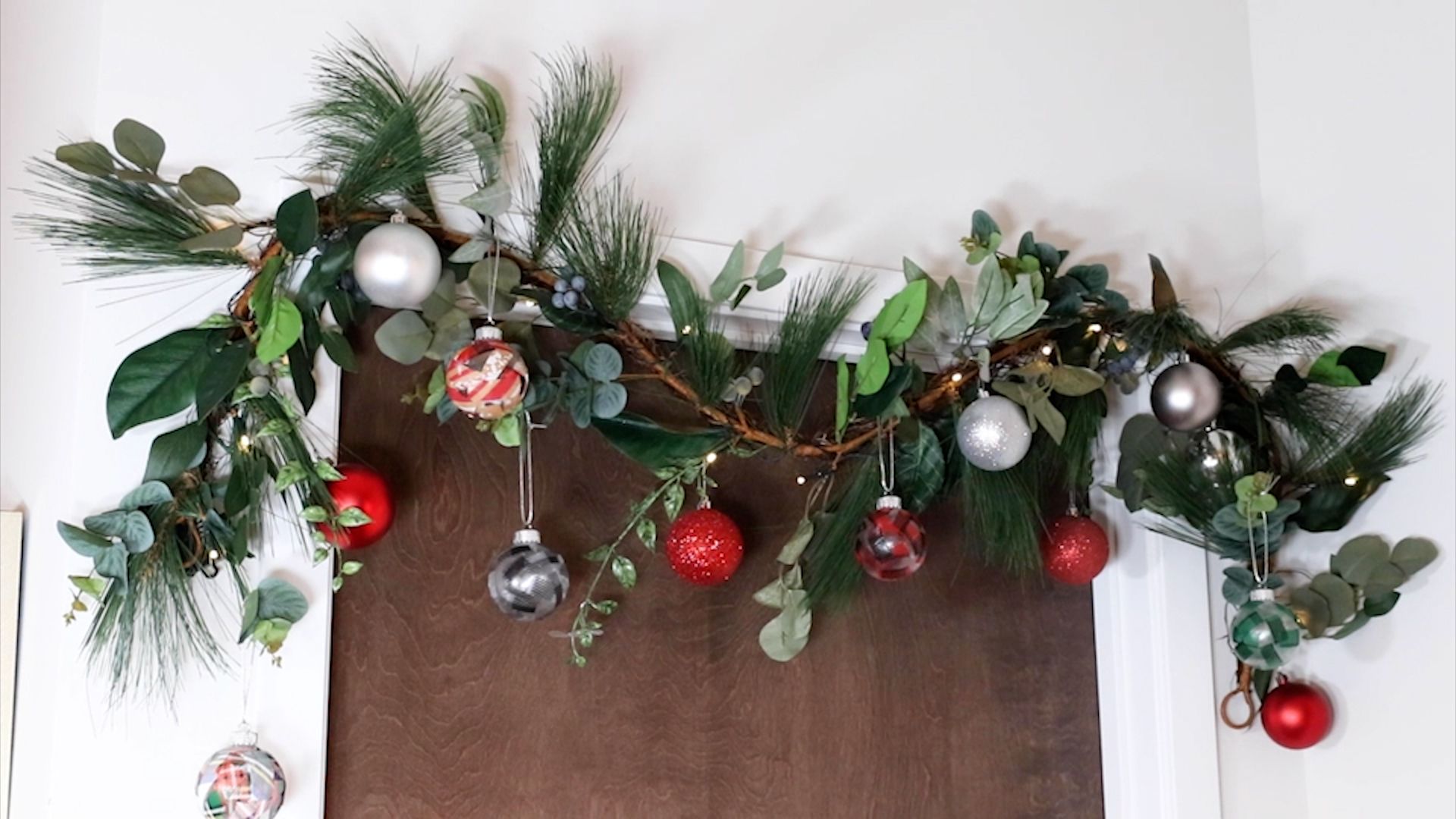 Celebrities celebrated Christmas 2021 with new music, Santa and some throwback memories. From cooking with their families to wearing matching pajamas, celebrities embrace the joy of the holiday season and share photos from the festivities when December 25 rolls around.

The actor and entrepreneur Dwayne Johnson posted the sweet moment when he gave his mother a heartfelt surprise this Christmas.

“She was shocked. She got a few good ugly cries in,” he captioned a video capturing the big reveal. “I’m so grateful I can do this kinda stuff for my mom, who’s had one helluva life. I don’t take any of it for granted. Neither does she,” he added.

Johnson has also enjoy to celebrate Christmas for his latest movie, “Red Notice,” became the most watched movie in Netflix history, according to the streaming giant. 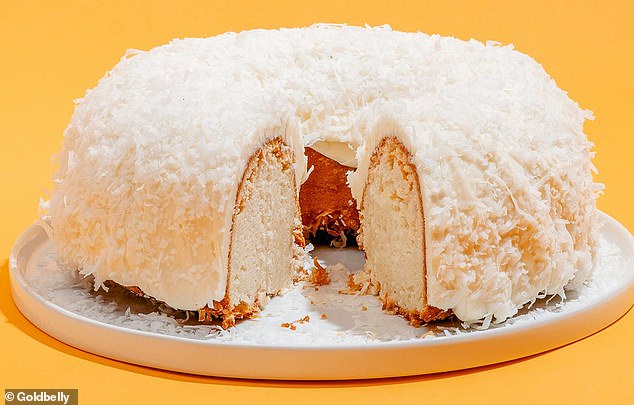 Tom Cruise reportedly flew his private jet across the Atlantic and back to deliver baked goods to his London-based “Mission: Impossible” film crew. Sources told The Sun that the “Top Gun” actor, 59, flew 300 Christmas cakes more than 5,500 miles on his private plane.

He organized for the shop to make 300 cakes especially and they were then flown back to the UK on his jet.”

The Portuguese sensation and current Manchester United striker celebrates the same in Manchester. He shared a picture of sitting on the staircase of his Manchester home, along with his girlfriend, Georgina Rodríguez, and his kids and family. It also included his mother. 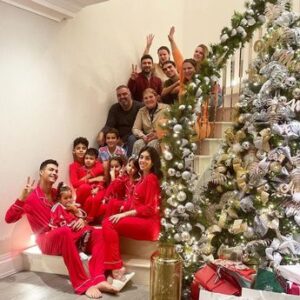 This is coming barely 24 hours after he joined his club teammates as they shared gifts and messages to three hospitals at Greater Manchester. 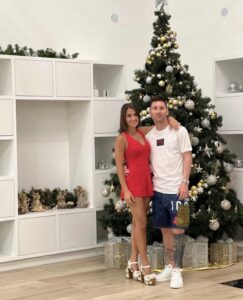 The Argentine superstar footballer, too, is celebrating X-Mas. However, he seems to be doing so in a simple manner.

He shared a picture of himself and his wife Antonela Roccuzzo standing in front of a Christmas tree. The Argentinian player also sent a message to the Argentinians, wishing them all the best for the new year.

While the Bad Gal didn’t surprise us with a new album on Christmas, she did treat friends to a cute throwback photo of herself on Santa’s lap! Rihanna took to IG on Christmas Day to share the sweet pic of herself in an orange T-shirt and jeans circa the ’80s alongside Santa Clause. While there wasn’t a caption, fans were quick to flood the comments wishing her a Merry Christmas.

Kylie Jenner has taken to her social media platform for flaunting her Christmas decorations. 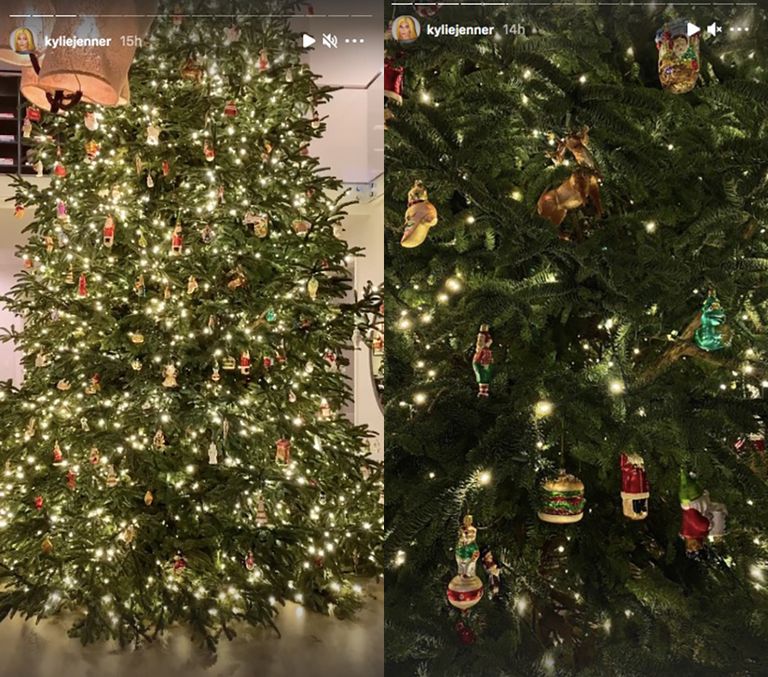 The snaps shared by the beauty mogul on Instagram shows how she absolutely nailed the famous ‘elf on the shelf’ tradition with her own hilarious take on it! 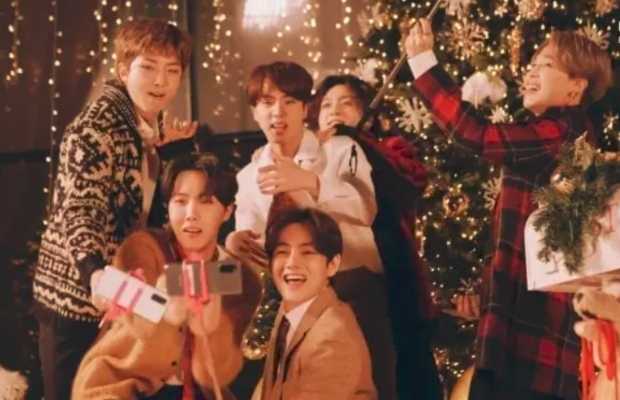 Besides their solo shots, BTS also posed for a group picture. While Jimin was seen adding the finishing touches to a Christmas tree, V stood behind him, close to the packed gifts underneath the tree. Jungkook too took a seat near the tree and the gifts while Suga took a spot behind the singer. Meanwhile, RM, Jin and J-Hope were seen posing a little far away from the Christmas setup.

Gigi Hadid and Zayn Malik welcomed their daughter Khai in September last year and spent their first Christmas together as a family, but now 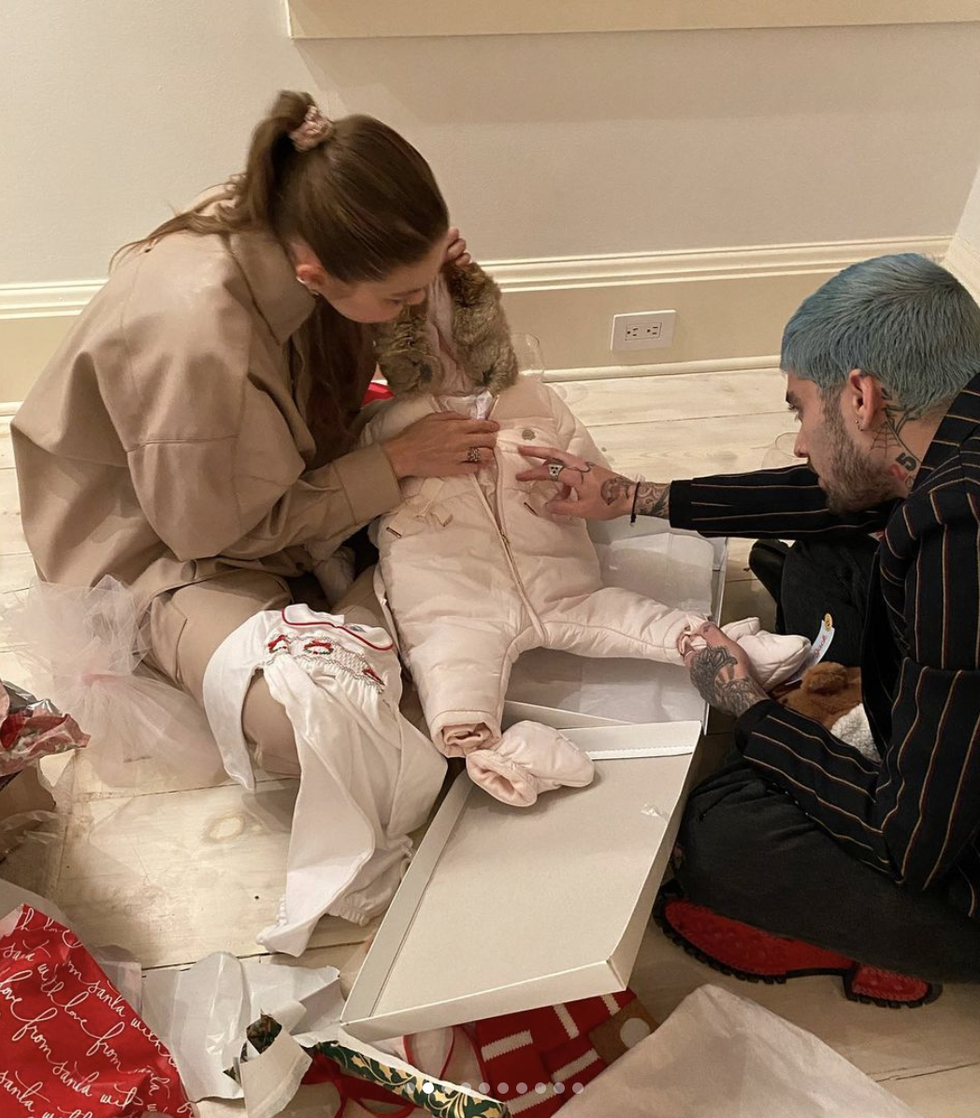 The source added: “She’s planning on celebrating Thanksgiving with her mom at the Pennsylvania farm, Bella and Anwar plan on being there too.”

Bella Hadid The model was seen volunteering with the Food Bank For New York City at Yankee Stadium in the Bronx the day after Christmas in several photos posted to her Instagram. @foodbank4nyc .. These are a few of my favorite things,” the 25-year-old captioned the series of snapshots on Sunday.

A masked-up Hadid was dressed casually but still managed to look stylish in camouflage pants, a navy puffer vest over a red shirt, and brown and green New Balance kicks. She also looked festive, accessorizing with colorful beaded bracelets and rings. Her hair was pulled back in her signature tight bun.

Priyanka Chopra and husband Nick Jonas celebrated Christmas at their Los Angeles home with their three dogs. The two often travel for work but managed to be together with their “family” for the festive season. Merry Christmas everyone. From our family to yours,” The picture shows Priyanka in a green attire, sitting on Nick’s lap as he plants a kiss on her cheek. While she holds Diana in her arms, their other two dogs, Gino and Panda also join them as they pose for pictures.

Reasons For Dark Circles Under Eyes